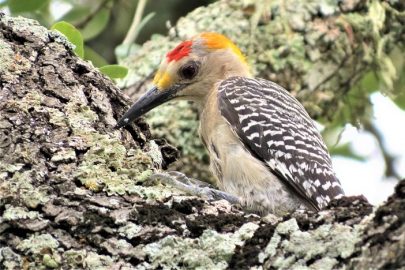 What is the foundation of truth?

Reason states that there must be a source of truth for all moral beings. If there is no fixed objective foundation of truth then what hope can we have of living a happy life – or for that matter, any life with peace?

Universally, there has to be a foundation of truth. Without it there would be no moral compass for mankind as there could be no right or wrong. All truth would be subjective. That is; it would be relative to ourselves and the immediate society in which we live. In fact, without an objective foundation of truth there is no right or wrong. Life would be without moral law, and every one would do what they chose as long as they could get away with it.

This lack of moral definition would create a society with no protecting law. Chaos would spiral-dive resulting in the total collapse of social order. This is already evident in many countries and societies that have abandoned moral law for a law of their own making. Therefore, to protect society there must of necessity be a foundation of truth. For it is the backbone of all man’s existence – the life-support system of all moral beings.

Law of the animal kingdom

In the animal kingdom it is very much – survival of the fittest. The instinctive law of necessity governs it, which is fulfilling the need of the moment. Weak or injured herbivores become selected prey for predators. However, once a lion is full it will not kill again unless threatened. Even battles of rivalry over territorial dominance soon settle, and peace returns to the pride.

But man was not designed to be governed by instinct. For we are created higher beings than the animal kingdom. God has given us a conscience, reason and the power of choice. He has put His law of righteousness within every one, but as we grow we wander from the perfect innocent with which we were born (Eccl. 7:29). And the more we seek to reject that law within us to seek our own, the more we separate ourselves from the source of truth.

The Source of Truth

The originator of all truth is God. He is supremely sovereign with no authority above Him. Whatever He desires takes place. Nevertheless, His sovereignty is not what makes Him true and trustworthy.
(For an explanation of this fact go see Why should God get all the glory?).

God loves righteousness and hates everything that would oppose it. His nature is of infinite love and He is eternally happy in His own state of being. Any sin would therefore work contrary to His happiness and as a result, no lie could ever be found with Him. This is what makes God trustworthy and His word to be the source of all truth.

What is God’s word and how do we hear it?

Because of the fall of man and his continued distancing himself from God through his sin, he cannot see His face nor hear Him speak. But because of God’s tender love for His cherished creation in man, He has revealed His nature and will for us through the written word – the Bible.

Can we trust that the Bible is indeed God’s word?

The Bible is not the writings of a single man who would lay down his own prejudiced laws of religion for his followers. Rather, it is the documented relationship between God and man, revealing His nature, His purpose in creating us, and His will for our eternal future with Him.

The Spirit of God has inspired holy men to capture the accounts of His dealings with mankind. These men have been tried and tested by God, and being found faithful, were entrusted to record His written will which He wants to reveal to us.

Witnesses of the truth of God’s Word:

We could go on ad infinitum, giving examples of history and life to prove the scriptures are the foundation of truth for all mankind. We could speak of the martyrs who showed supernatural courage. Some of them sang hymns as they were being killed by lions, while others praised God as they burned alive at the stake. But the greatest evidence is the internal witness that God gives to each one of us (Rom 1:19) who seek truth for itself, then upon finding it, adhere to it in loving obedience. God’s word is spirit and is life (Joh 6:63), and it enlightens all men to the truth (Joh 1:9).

But many hate the truth because knowing it compels them to live by it. They permit their selfishness to supersede that which is revealed; as a result they shut themselves out of peace and eternal fellowship with their Creator. But those who receive the truth and adhere to it, obtain the peaceful fruit of righteousness (Heb 12:11), and consequently lead a contented and happy life.

Whether we want to accept it or not, God’s Word is final. It is that authority alone by which we will all be judged. By it we will be justified or condemned. But it is also the power of God for salvation (Rom 1:16), if we will receive it.

God’s Word never changes and never contradicts itself. That is what makes it absolutely trustworthy. It is the light and compass for all moral beings. For even though He gives grace to pardon upon true repentance, if we don’t receive and apply it with obedience, we can expect nothing but the fury of His wrath (Heb 10:26-27), which belongs to those who rebel against His righteousness and the benevolence of His righteous kingdom.

It is the wise man who will receive God’s Word as absolute truth and be obedient to it. For it is through His Word that we may be transformed from darkness into light. This is the foundation of truth, and if we apply it to our lives it will bring a joy inexpressible and full of glory (1Pe 1:8).

Let me know your thoughts on the above at hugh@removingveils.com

If you found this post helpful we would really appreciate you sharing it on your favorite Social Media. Find buttons  below

You can find out more about which cookies we are using or switch them off in settings.

This website uses cookies so that we can provide you with the best user experience possible. Cookie information is stored in your browser and performs functions such as recognising you when you return to our website and helping our team to understand which sections of the website you find most interesting and useful.

Strictly Necessary Cookie should be enabled at all times so that we can save your preferences for cookie settings.

If you disable this cookie, we will not be able to save your preferences. This means that every time you visit this website you will need to enable or disable cookies again.